A rural location? Great to use larger simple wire antennae and really benefit from your likely lower noise level.

Given your original question went to the point of precise antenna geometry, my own approach is based on "perfect is the enemy of good", attributed to Voltaire among others though in my case that's probably rationalisation for wanting to build something immediately and being notably un-rich.

Love Mr Watson-Watt's cult of the imperfect: "Give them the third best to go on with; the second best comes too late, the best never comes."

So if it was me I'd immediately put up any old loop as best I could to see how it went. Based on that experience I'd then improve on it, probably evolving it and it's feedline over a period, the chances are I didn't really understand it and it's limitations anyway so how could I get it right first time? If it became obvious the return on investment of time and effort was low, give it away.

Apologies for the ramble.

Thanks very much Phil.
This sounds like my life - the way it's been lived and I am a total believer.
This seems to equate to my usual optimistic/hopeful(?) approach.

I have been using the Rsp duo with a diamond d130j discone antenna and it works very well on vhf and uhf . I am even getting some fairly good reception on Hf . Ex New Zealand Saudi Arabia Greece Etc. However I would like to know if anyone can recommend a really good antenna for HF . I also am installing a vertical antenna for ads b work .I am somewhat restricted for space in my house unless i could run a long wire out my window Any memebers with ideas would be greatly appreciated Love the Unit Overall Thank you , Paul aka sxdxer19151
Last edited by sdrdxer19151 on Thu Jan 01, 1970 12:00 am, edited 0 times in total.
Reason: No reason
Top

G5RV or a Longwire, both very cheap and very very good.
But you need to property to put them up.

Or you put 2x20m wire up in the air and feed your box with ladderline directly.

Antenna's for HF can be made from simple wire (2mm stick steelwire works well and is cheap). 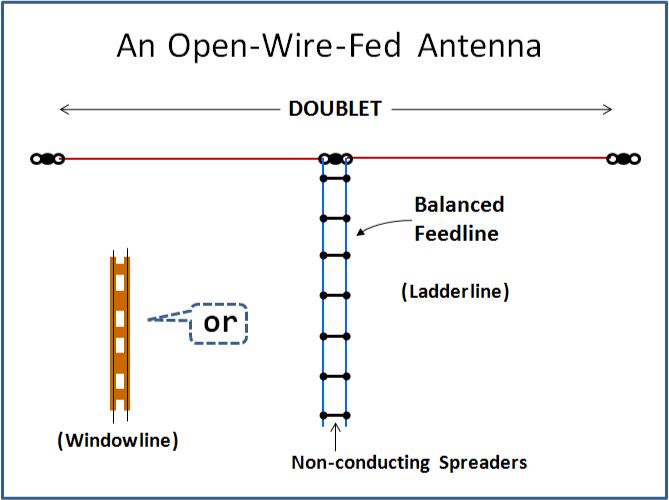 The antenna itself doesn't have to be in a straight line, you can turn it in corners, a V or inverted-V whatever works.
Some turn it into a Z to make it fit.

No more difficult then this

Lovely and amusing idea. I wish to add my bit.

In reality it is not "Perfect is the enemy og good". The old Italian proverb says:

In this case, forgive the pun, "better" is better than "perfect"....

But very many, these days, in this Forum too, fall into the "better" trap everyday.

The ZS6BKW isn't nearly as good as the G5RV, don't go there.
As that antenna has a few major issues:

1) The radiators are shorter as the G5RV so they do receive less.

1) The length of the antenna (for multi-band like G5RV = longer is better).

2) SWR is not a factor, but use very good coax (G5RV) or ladder-line (dipole) to minimise transport losses.

For example, RG58 or RG213 are not good coax, it's old junk and nowhere near the performance of modern coax like Aircell5/7, RG8 or LM-series.

Antenna's that are multi-band and designed with perfect SWR often fail on HF, as on HF we have no such thing as 1:1 SWR.....we have a tuner to solve that in case of transmitting and for receivers we mostly do not care about SWR at all

I like G5RV antennas and I'm sincerely 100% with you in advocating for people to go out and build one so please don't think I'm out to somehow discredit them or you, if there have to be sides then I'm on your side! I felt safe posting that article because it makes pains to point out


Both are “good” antennas and will work well in defined situations. This presentation is not designed to “bash” the G5RV, but to possibly convince you or a new ham to enjoy the benefits of lower SWR, lower loss, and greater signal strength by using the ZS6BKW version of a ladder line fed dipole.

I'd like to say more to anyone wanting to build something like this, please don't be put off by seeing ladder line specified because unless you are transmitting, if your aim is only to listen right across the HF bands then just use any feedline *other than* coax! Zip cord, cheap speaker wire, FM antenna wire, ordinary twisted pair phone wire will work just fine and don't worry about the length of it, don't hesitate, just go and build one regardless. As glovisol put it "il meglio è nemico del bene"

As to the finer points for use as a Tx ham antenna Bas, I did end up with the ZS6BKW, here it is in use:

The Traveller's Net in Australia is on 14.116MHz and I tried to maintain a more or less daily sched back to Tasmania while spending 8 months in the scrub. The really tough thing about that is as I travelled, the distance varied between 300k to 3,700k which meant the 20m skip distance was changing the whole time and that was a challenge. It came down to trying to manipulate the vertical angle of take off to suit the distance. 50% of the time I used either a vertical or a 150m long inverted L instead of a doublet.

The bottom line is as per your example of the G5RV Bas, antennas are so easy to make and so much fun they are the perfect complement for SDRplay products.

EDIT: Hi Bas, I know the debate pro and against the G5RV will go till the end of time. Just so you know I didn't whimsically decide to go with the ZS6BKW, back in 2006 after testing them both for a while portable I wrote this for our club so I was pretty well decided back then: http://www.vk7jj.com/cebik/G5RV_and_Successor.pdf

Part 3 focuses on the ZS6BKW

Just for good measure on the all-band doublet generally
http://www.vk7jj.com/cebik/The%20All-Band%20Doublet.pdf

I have just one remark about 2006....in 2006 there where very good conditions on practically any band.
At the same time anything would work, even a pencil plugged into a tuner.

Today is a total different story and many of the so called "improved" antenna's don't work.
I really don't want to start anything, but the reality is many "wonder" antenna's don't put much signal out.

And trust me, the conditions today really terribly bad.

To give an example of a few years back: 1 mW WSPR brought me in the middle of the USA (9000KM) with my G5RV, every night like clockwork.
The same 1 mW brought me on 80m all over Europe and further, just 10mW was needed to reach Australia (14000KM).

My point it just, that antenna's of today that are "improved" often fail when conditions are gone, as it's mostly better to stick with the old designs that have trackrecords of about 100 years of usage.

The best antenna's are often the most old and simple ones, that was basically the point I tried to make.
I learned a lot with WSPR and as little as 1 mW, as minor changes have a big impact.

Everybody should use what work best for them is always my policy, but never trust SWR readings

Ty all for your input. I love the RSP duo I have I am also playing around with some dongles for aero work.As I M on a flight path to Philadelphia international very easy to pick up planes and track them. Has anyone ever heard of a longwire antenna called Usmile .May try that or make my own Have a Great Week guys
Last edited by sdrdxer19151 on Thu Jan 01, 1970 12:00 am, edited 0 times in total.
Reason: No reason
Top
Post Reply
22 posts