There’s a lot going on behind the scenes here at SDRplay as we get close to another SDRuno software update release which will support ‘IF out’ Panadapter applications.  There are quite a number of other improvements and bug fixes included.  We have also been in touch with some of the leading satellite imaging decoder developers to ensure the full capabilities of the RSP2 can be exploited – more on that in the near future although there are already some nice pictures emerging such as in this tweet from Joe at @USA-SATCOM showing sunny California skies on Sunday morning. 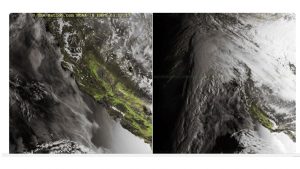 After a rush on RSP2pros in February, we have now restocked most of our distributors.  We are making plans to join Ham Radio Outlet at the Dayton Hamvention in May and look forward to meeting a lot of people there.

Finally a big thank you to the numerous 3rd part s/w developers out there who increasingly take time to make sure their software works with the RSP1 and RSP2.  (often this just requires the use of our EXTIOfile – the 3rd item down on our Windows Downloads page  or in the linux world, increasing use of SoapySDR – compatible flows – – https://github.com/pothosware/SoapySDR/wiki